Few outside the technology business may be fully aware that Windows 10 arrives in the context of a major strategy shift at Microsoft. Feeling the heat from Google, Apple, and others, Microsoft needs to mutate and evolve its business models to compete in the end user computing marketplace. Selling Windows and Office licenses for whatever number of cents OEMs pay them for the right to ship these products on newly purchased machines is no longer cutting it in an age of falling PC sales. There’s new business out there, a pie they’re hungry for a big piece of.

Microsoft has decided to do as Google does: go cloud-heavy, SaaS, big data on the backend, giving away the basic platform, with designs to ultimately monetize their massive captive user base. They’re looking to sell premium subscription services, which would be fine on its own, but it’s not only that. They’re warehousing big data. Your data. Your searches, your habits. In ways that Google perfected, along avenues Google trailblazed, with ferocity heretofore uncharacteristic to Microsoft. The sales department has plans for all that data. Big plans. Targeted search advertising, at a minimum. Upselling, cross-selling.

Search advertising revenue was up 23 percent, driven by higher search volume and higher revenue per search. On its earnings call, Microsoft said that Bing had made an operating profit, with quarterly revenue of more than $1 billion. This is a significant milestone for the search engine that is increasingly being integrated into Microsoft’s other products, most visibly as Cortana. In September, some 20 percent of search revenue was driven by Windows 10 devices.

(Source: Bing profitable, but Microsoft revenue down 12 percent as shift to cloud continues)

It’s a shift that’s been in the making for years really. Bing, OneDrive, Skype, Xbox Live, Office 365, Outlook.com, Windows Phone, these are where Microsoft sees data streams, and growth opportunities, and dollar signs. And lo and behold, all these programs are newly prominently integrated with Windows 10. Hence the giveaway for “free” to the retail segment. Remember “you are the product”? Volume, volume, volume.

Not that there’s anything wrong with Windows 10, the desktop operating system, from a quality standpoint. I’ve set up a couple of Windows 10 installs. It’s as sleek, performant and finely packaged an iteration on the Windows line as Microsoft has put out since Windows 7 in 2009. It’s going to make hundreds of millions of ordinary computer users very happy.

I, however, am no ordinary computer user, and no one’s milk cow. I sense a corner being turned here. I notice the components that used to be optional add-ons, now tightly coupled and difficult to remove. I notice the curiously timed, sudden reversals of terms of service. I notice the in-built advertisements and upsell offers. I notice the “accidental” and “recommended” cram downs. I notice the mandatory personally identifiable registration required to enable major features. I notice the telemetry that can’t be opted out of. I notice these things, and I wonder about the shifting, complex motives of this organization, this many-tentacled THING with implicit backdoor access to my operating system. I wonder, can I continue to maintain my security and privacy against a profit-driven entity with means, opportunities and motives such as these?

I don’t know. I’m not sure I’m OK with this arrangement between Microsoft and me anymore. It’s hard enough fighting the Google leviathan in this department, unavoidable really, just by browsing the web. Now I have to fight my operating system too? Must I be molested in my local computing environment also now?

Maybe I have trust issues, maybe I only see the negatives. But maybe I’m right to. So with my main system, circumstantially, reaching the end of its useful life, I got a brand new laptop, nuked Windows and put Fedora Workstation on it. A few weeks in, I’m just about done getting everything working, and nearly ready to commit this cutover final. I’ll be joining the ranks of the elite 1% of users with the conviction and the skills to put their money where their mouth is and take a stand for free and open-source software by running it on their daily driver. 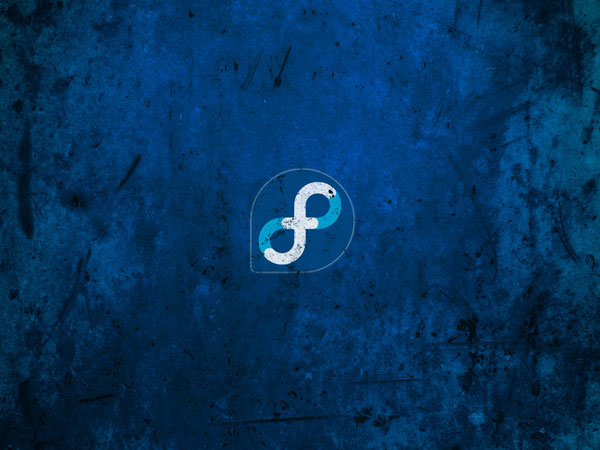 Truth be told, I don’t want to leave Windows. I’m accustomed to it. I’ve been getting most of my productive tasks done on it for upwards of 25 years. I was using Windows when you still had to type ‘win’ at a DOS prompt to kickstart it. Ah yes, in all its 16 color glory. I’ve run Windows 3.0, 3.1, 95, 98, 2000, XP, and 7 on my primary systems, and administered and secured just about every version and layout of Windows ever published. I fought in the endpoint security arms race. I witnessed a parade of products burst on to the scene, peak, and decline. To me, Windows stands for utility, versatility, getting the job done. I’ve got toolkits, processes, procedures, documents, data, secret tricks you’ve never heard of, all built up and fine-tuned to this platform through years of practice.

Meanwhile, Linux as a desktop operating environment, as far as it’s come, still has plenty of problems. Font display quality is hit or miss with some amount of assembly required. Hardware support is choose your own adventure with strange quirks that can appear out of nowhere. Standards are half there, half not. Then there are the applications you can’t have. Foremost among them, Office, precious Office.

LibreOffice is pretty good, seemingly even feature complete, but let’s not kid ourselves, it’s no Microsoft Office. This is a huge tradeoff for me since Excel spreadsheets form the cornerstone of myriad processes of mine – more than I could possibly list here. A text file is a text file is a text file, and gedit drops in for Notepad++ beautifully with zero slippage. But LibreOffice Calc is not Microsoft Excel. It’s an application that opens Excel spreadsheets with reasonable compatibility but certain impairments and a totally different UI notionally based in 2003. I’m giving up the Ribbon interface. Malign it all you want, I use it with auto-hide enabled and I know where all the god damn controls are without sacrificing what feels like fifteen percent of my screen. (FWIW, LibreOffice is working on it.) Calc doesn’t allow a chart to be its own sheet – a core capability that only everyone uses. Such a glaring deficiency! It’s slow to spawn application instances. I could go on.

But you know what? I’ve been using console Linux layouts and Unix development tools for a long, long time, nearly as long, if not as long as Windows. I might know one or two tricks. And even with the tradeoffs, Linux on the desktop has gotten good.

GNOME 3 is a more than decent shell, delightful even. Startup and shutdown are snappy. Glitchy, unwieldy VMware? Gone, libvirt/KVM/QEMU is so agile and functional it makes you wonder how VMware stays in business. Unix stuff I used to farm out to a VM? Nmap, Python, Java… all native now. TrueCrypt blew up? No worries, dm-crypt and cryptsetup have you covered. Antivirus? Are you kidding? A modern Linux distribution has more serious host and network security out-of-the-box than Windows system administrators dream about. Linux IS security. Linux is utterly powerful. Linux is independence and total control.

And most important of all, I’ll never have to wonder if Linux or the organizations behind it are selling short my privacy and security, things which are MINE, to be controlled by ME, things I happen to value very highly. Not Google’s. Not Microsoft’s. Not some discount commodity to be peddled to Flo the insurance lady to cut a couple bucks of profit for your next 10-Q.

I thank Microsoft and its engineers for their products and these decades of service. I thank them for a more or less inexpensive, predictable, compatible, extensible, utile, mostly stable, mostly well supported operating environment. I may continue to run Windows 7 where appropriate, and I’ll hardly be running out of Windows layouts to take care of for others any time soon.

On the one system that means the most to me, though: I’m out.

LifeHacker: How to Completely Uninstall OneDrive in Windows 10 (August 20, 2015)

Ars Technica: Windows 10 will be made an automatic “recommended” update early next year (October 29, 2015)

Major Linux Problems on the Desktop or Why Linux is not (yet) Ready for the Desktop, 2015 edition